Prime Minister Narendra Modi during his September visit to San Francisco had made a very exciting announcement. "There'd be a non-stop direct flight between New Delhi and San Francisco."

National carrier of India, Air India will execute that announcement. It will commence a direct flight service to the Silicon Valley from the New Delhi from December 2.

Return flight
Depart at 1030 hours and arrive Delhi next day (Thursdays, Saturdays and Mondays) at 1620 hours
Depart Delhi with A321 plane.
Arrive Bengaluru  at 1745 hours.

Passengers will have huge benefits travelling to San Francisco as they will undergo immigration and customs at their boarding point itself and can have comfortable journey further. Passengers can enjoy non-stop entertainment, specially chosen food and best of the comfort on this one of the world's longest flights, according to an AI release. 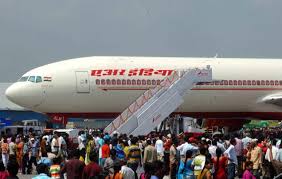 US' San Francisco International Airport has announced a trivia contest on social media to mark the beginning of the first-ever non-stop flight from New Delhi to the tech city by Air India from December 2.

A number of officials from the US and India, including Venkatesan Ashok, Consul General of India, will attend a formal ribbon cutting ceremony on December 2 to mark the beginning of the services.
SFO offers non-stop flights to more than 39 international destinations on 33 international carriers. The Bay Area's largest airport connects non-stop with 77 cities in the US on 13 domestic airlines.
AI expects passengers from other Indian cities -- Mumbai, Chennai, Hyderabad, Kochi, Ahmedabad and Pune -- as well will have seamless connections to the flight from Delhi.